Dairy farmers are mainly concerned about two things this year: the difficult situation on the feed market due to rising prices and the supply of feed ingredients in terms of quantity and quality due to the long-lasting regional drought.

These changes in the general conditions necessitate changes in commonly used ration planning. In many cases, the use of by-products could be considered. In practice, predominantly the energy and protein supply for dairy cows is limited. Consideration of amino acid supply is not common practise yet. This results in higher protein contents as needed, higher feed costs and also higher nitrogen excretion.

Through the targeted optimisation of amino acid supply in the cow’s small intestine, expensive purchased protein feeds can be saved. In most rations, it is even possible to improve milk yield and milk constituents by more accurate amino acid supply. In addition to the significantly improved economic efficiency, there is also a potential for reduced nitrogen and phosphorus excretion. The efficiency of dairy cow husbandry increases.

In studies of the last decades, methionine has been shown to be the first limiting amino acid for milk yield in dairy cows (also due to its additional effect in the metabolism) in rations based on maize silage (Schuba and Südekum, 2012). When using higher amounts of rapeseed extraction meal and/or various by-products such as brewer’s grains, Distiller´s grains and solubles or maize gluten feed, the amino acid lysine must also be considered.

However, a particular prerequisite for the use of (crystalline) amino acids in ruminants is reliable protection of these from degradation in the rumen. Unprotected, methionine and lysine are degraded very quickly in the rumen and do not reach the small intestine where they are absorbed.

In a high-yielding Holstein-Friesian herd (130 cows, 10,500 kg milk/cow/year), an increase in milk yield of 2.3 kg/day was secured in a parallel study over seven consecutive milk controls (Fig. 1). During this period, the cows were fed a maize silage-based ration with the addition of brewer’s grains, rapeseed extraction meal, Distiller´s grains and solubles (DDGS) and maize gluten feed. The corresponding amount of BEWI-FATRIX® LM 101 was additionally fed to the experimental group via the concentrated feed on the milking robot.

Beneath all additional information and results on the practical report here.

As part of our continuous further developments, we have succeeded in further increasing the concentration of the amino acids methionine and lysine, which are the first limiting factors for the dairy cow, in the product BEWI-FATRIX® LM 101. Matrix encapsulation using cryotechnology (BEWI-FATRIX® process) ensures that the combination of methionine and lysine is optimally protected in the rumen.

The product BEWI-FATRIX® LM 101 helps to further increase the efficiency of milk production on the farm. At the same time, it makes it possible to further reduce the usage of expensive protein feeds.

BEWI-FATRIX® LM 101 was recently awarded the Innov’Space (1*) Award at the French trade fair SPACE. And it was even the only product in the feed category.

In total, 36 different innovations were awarded by the jury. 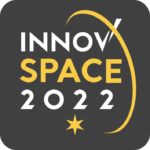